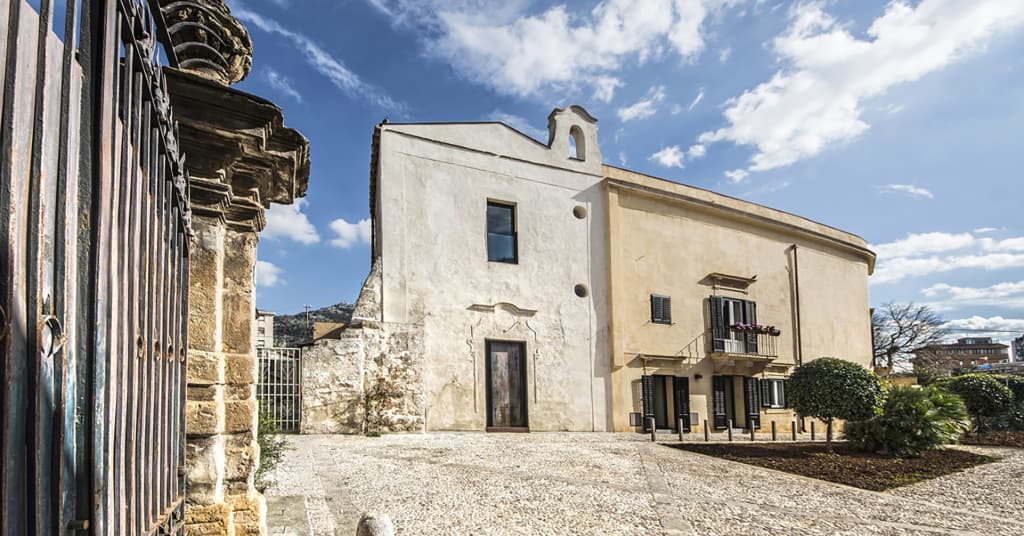 TRJ headquarter is in Palermo, more precisely in San Lorenzo, a neighbourhood located in an area formerly known as Piana dei Colli. This was used as a holiday resort by Palermo’s aristocracy till the last century.
The offices develop from the Casena Nicosia to the church and the storehouse nearby, a building complex overlooking the small square in via San Lorenzo.

The Casena was built in 1704 and surrounded by other eighteenth-century villas with the same historical and architectural value.
Next to it, there is the Church of San Lorenzo, the oldest building in Piana dei Colli. It dates back to the Norman period. For many years, the church was surrounded by agricultural lands and was the social cornerstone for the people living in that zone. Currently it isn’t consecrated and TRJ team uses it for special events and meetings, dedicated to art, design and architecture.

(On the Norman apse inside the church, you can glimpse the fresco with the Christ Pantocrator)

In order to requalify the area and to restore the historical identity of this part of the neighbourhood, swallowed for years by urban speculations and negligence, the entire building complex has been restored on commission by the owner Massimiliano Troja (TRJ CEO), along with the small square opposite the buildings, which has been used for a long time as a parking lot.
The architect Giuseppe Di Prima followed the entire restoration work, recently finished.
The result is something that can be seen by everyone who walks these roads everyday: an authentic jump into the imagination and the architectural elegance of a time.